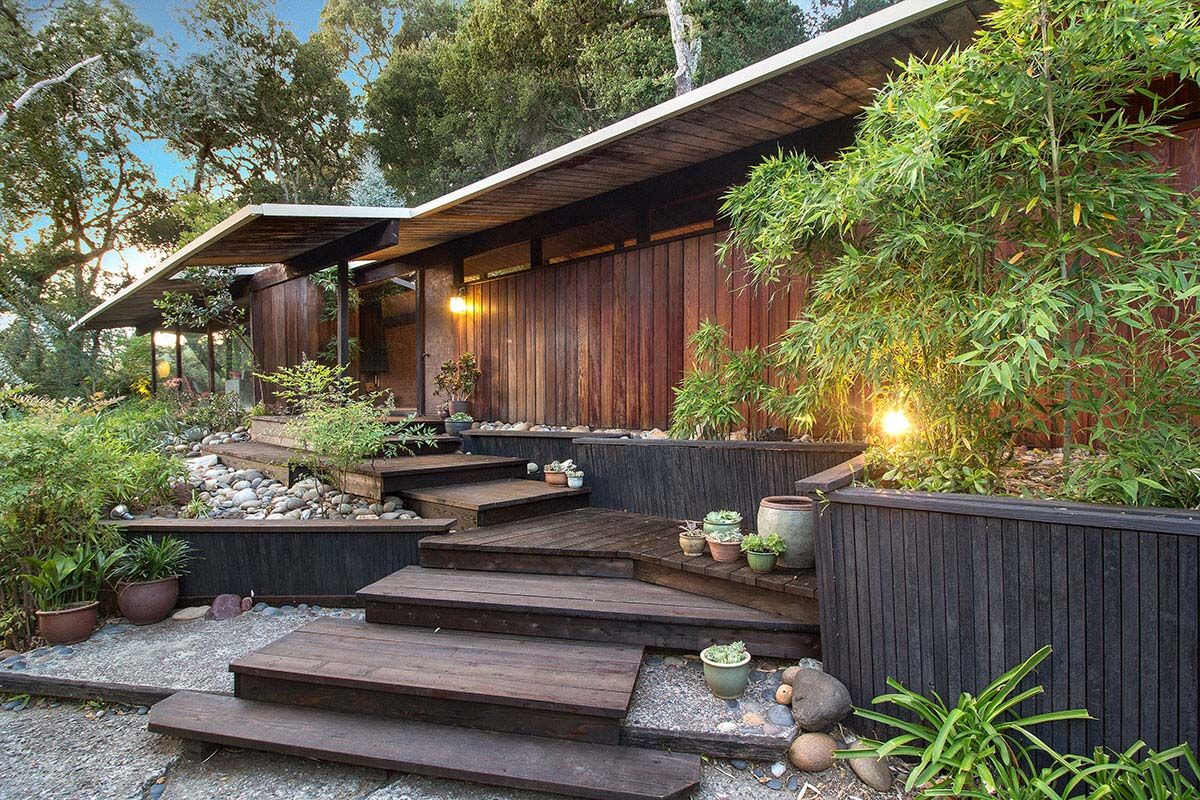 The Wilkinson House in Orinda was built for the family in 1955 and for the first time ever, it is now on the market! This is an AIA award-winning stunner, designed by local architectural wunderkind Roger Lee, contemporary to Eichler architects like Anshen & Allen and Claude Oakland. 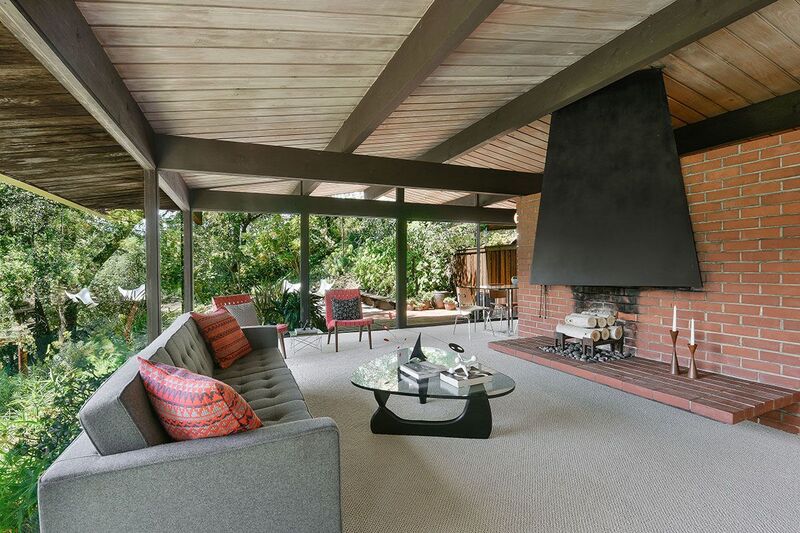 Roger Lee was a native Californian of Chinese decent born in Oakland in 1920 who died in Hawaii at the age of 61, where he also served during World War II as an assistant engineer with the US Engineers office in Honolulu. A graduate of Cal Berkeley, Lee opened his firm in 1949 and quickly became one of the leading modern architects of his time along with other iconic figures such as Neutra and Wurster. Lee designed just over 100 custom homes, mostly in Northern California and was known as an architect who “designed high style for the middle class”. Lee’s homes were critically acclaimed immediately by his peers and he received the Award of Merit by the American Institute of Architects (AIA) in 1949 for his own residence in Berkeley, and honored again in 1956 by the AIA’s “Homes for Better Living Program” for 440 Camino Sobrante in Orinda, aka The Wilkinson House. 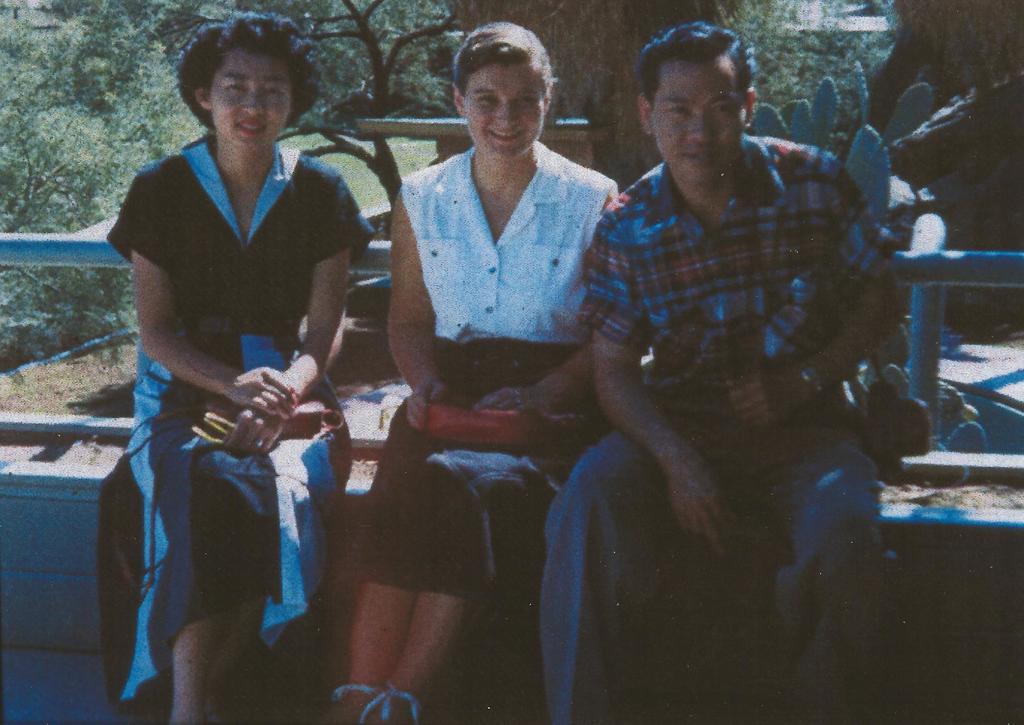 Irene Wilkinson with Roger Lee and his wife

Lee was very hands on with his creations and paid incredible attention to detail in not only the design but the location of the property in order for his homes to work harmoniously with nature to bring the outdoors in. Roger Lee and his wife were personal friends of the Wilkinsons and met Irene and Bill while attending Cal and remained in contact until Lee's passing in 1981. Roger Lee was personally involved and worked together with the Wilkinsons on every aspect of the property, which is why his homes are some of the most unique, and coveted mid-century modern properties available.

p.s. Camino Sobrante may sound familiar since it's also where Steph Curry used to live before recently moving to Walnut Creek! 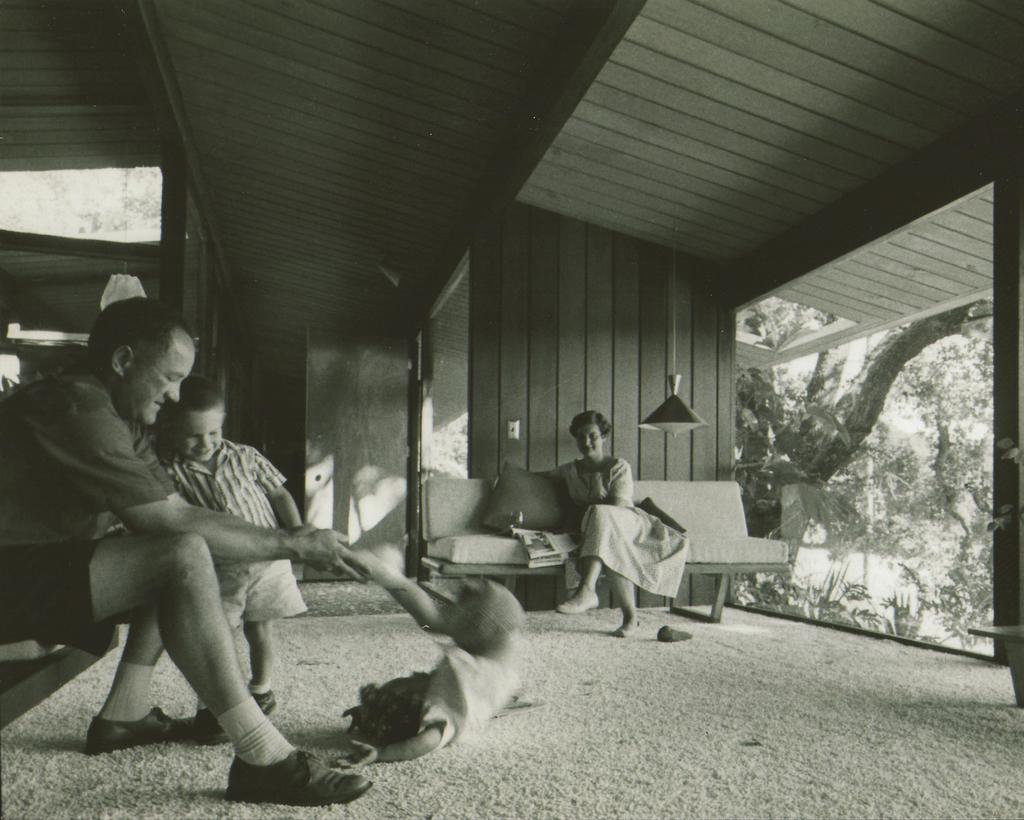 The Wilkinson Family enjoying their home

You need to be a member of Thomas Westfall to add comments!

This reply was deleted.
The Greenridge Eichler Community website is generously underwritten by your neighbor & local Realtor: